Sabella, a pioneering tidal and ocean stream turbine developer, has partnered with QOS Energy to improve the performance monitoring of its ground-breaking Ushant tidal energy project. The first 1MW tidal turbine of the plant, immersed 55 metres under water off the west coast of France, is equipped with more than 100 sensors gathering data every 5 minutes. It now uses QOS Energy’s powerful data intelligence platform to identify, assess and anticipate potential failures.

Sabella’s 1MW D10 turbine was initially commissioned in 2015 in the Fromveur Passage, a strait that lies between Ushant Island and the Molène archipelago, off the coast of the French region of Brittany. After undergoing key technology upgrades, the tidal turbine was redeployed for the second time in October 2018. 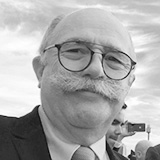 “Operating and maintaining a utility-scale tidal turbine at such depth is particularly challenging, and data collection and analysis plays a vital role in doing so successfully. QOS Energy’s data intelligence platform enables our O&M team to visualise critical KPIs such as water pressure, temperature, swell energy prediction, rotor speed or torque compared to power produced. We need this cutting-edge monitoring capability to be able to fully understand performance, and effectively control potential failures. ”

Founded in 2008, Sabella is a French pioneering tidal and ocean stream turbine developer, supplying reliable turnkey energy solutions worldwide. In the early 2000s, Jean François Daviau, drawing on his 25 years of experience in the Oil & Gas industry, alongside with Hervé Majastre, an engineer specialised in energy storage systems, created Hydrohélix Energies based on a subsea tidal turbine patent. Sabella was incorporated in 2008 with Hydrohélix, Sofresid Engineering, Dourmap and In Vivo Environnement, and Jean François was appointed President of Sabella. Based in Quimper in Brittany region of France, the company counts around twenty employees and so far, two tidal turbines were tried and tested in real conditions, D03 and D10.

and talk about optimizing your renewable assets

One step to go

Please fill in your details below and we will email you the case study shortly.

Any cookies that may not be particularly necessary for the website to function and is used specifically to collect user personal data via analytics, ads, other embedded contents are termed as non-necessary cookies. It is mandatory to procure user consent prior to running these cookies on your website.